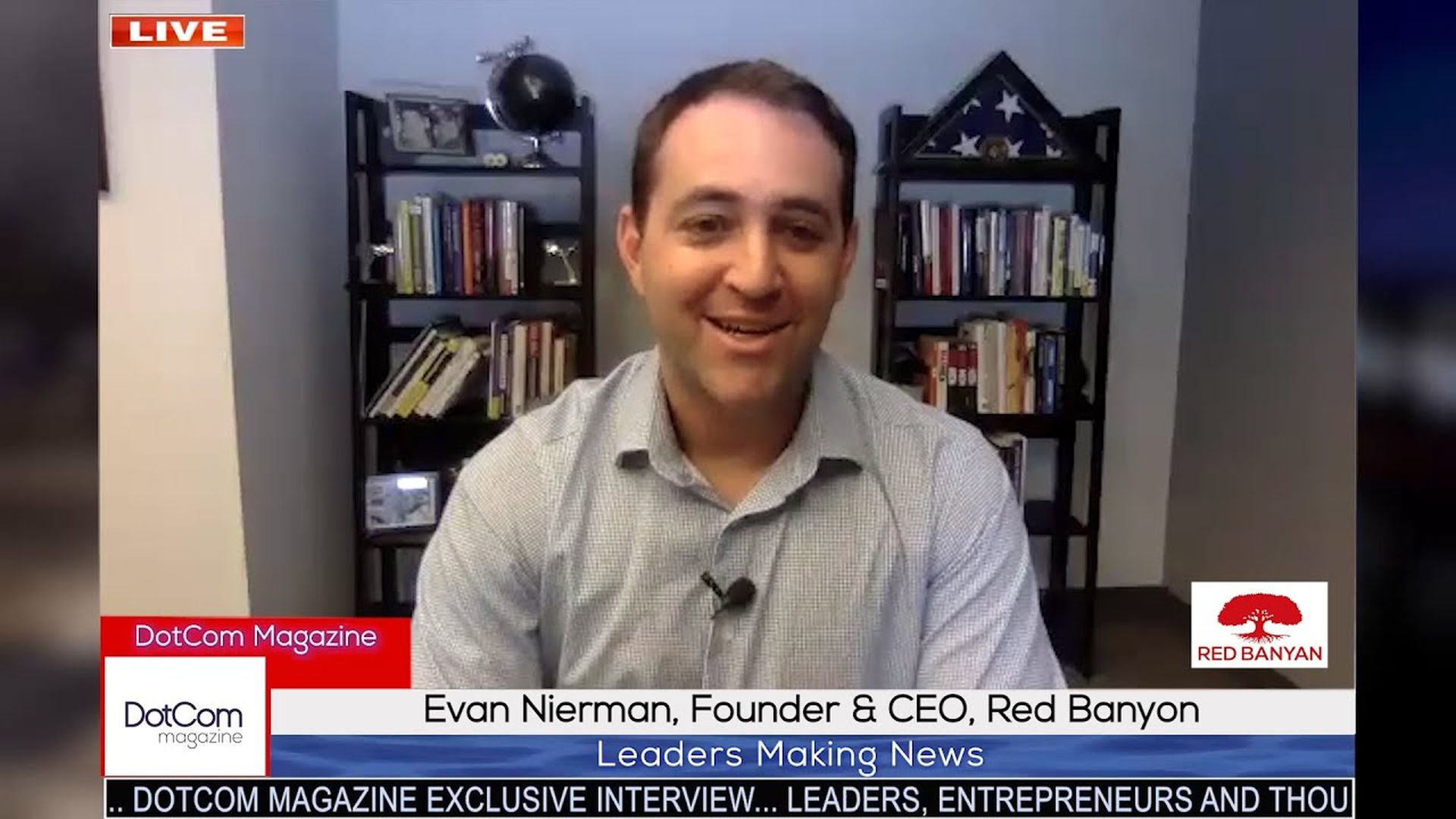 Evan Nierman, Founder & CEO, Red Banyan A DotCom Magazine Exclusive Interview
Red Banyan is a world wide leader in helping organizations accomplish their goals by delivering the right messages at the right time to those who matter most relying upon the nimble team at Red Banyan to Press the Truth.® Press the Truth® is Red Banyan’s modern, proactive, assertive and effective approach to communicating. Red Banyon uses it to seize the initiative, craft perceptions that become reality, influence public opinion and protect the reputations and bottom lines of their partners.

Prior to forming Red Banyan, Evan Nierman served as Director of Communications for a fast-growing, highly scrutinized start-up where he represented the company and steered the CEO through interviews with top-tier media including dozens of international, national and local print, TV and online outlets.

Previously, as the founder of the Washington office for a boutique PR agency specializing in crisis management and foreign affairs, Nierman guided international and corporate clients through high-stakes, complex situations. Nierman was responsible for the agency’s largest and most complex account, the Government of Ethiopia. Working mostly from the Ethiopian Embassy in Washington, Nierman conceptualized and executed communications and public affairs strategies. He overhauled the Ethiopian Embassy’s website, developed its marketing and communications collateral, wrote speeches and op-eds for the Ambassador, wrote and distributed press releases and fact sheets and helped coordinate interviews, events and public appearances that improved the Embassy’s reach and reputation.

Evan Nierman began his career at the American Israel Public Affairs Committee (AIPAC), one of the country’s leading advocacy groups. At AIPAC he supervised all aspects of 15 print and electronic branded publications, including editing the organization’s flagship journal on Middle East policy, which was distributed biweekly to 100,000 readers and every office on Capitol Hill. He also did extensive writing of speeches and marketing materials, drafted more than 100 memos on foreign policy developed for legislators and helped organize large-scale national events in Washington, D.C. Evan Nierman serves clients throughout the U.S. and internationally.