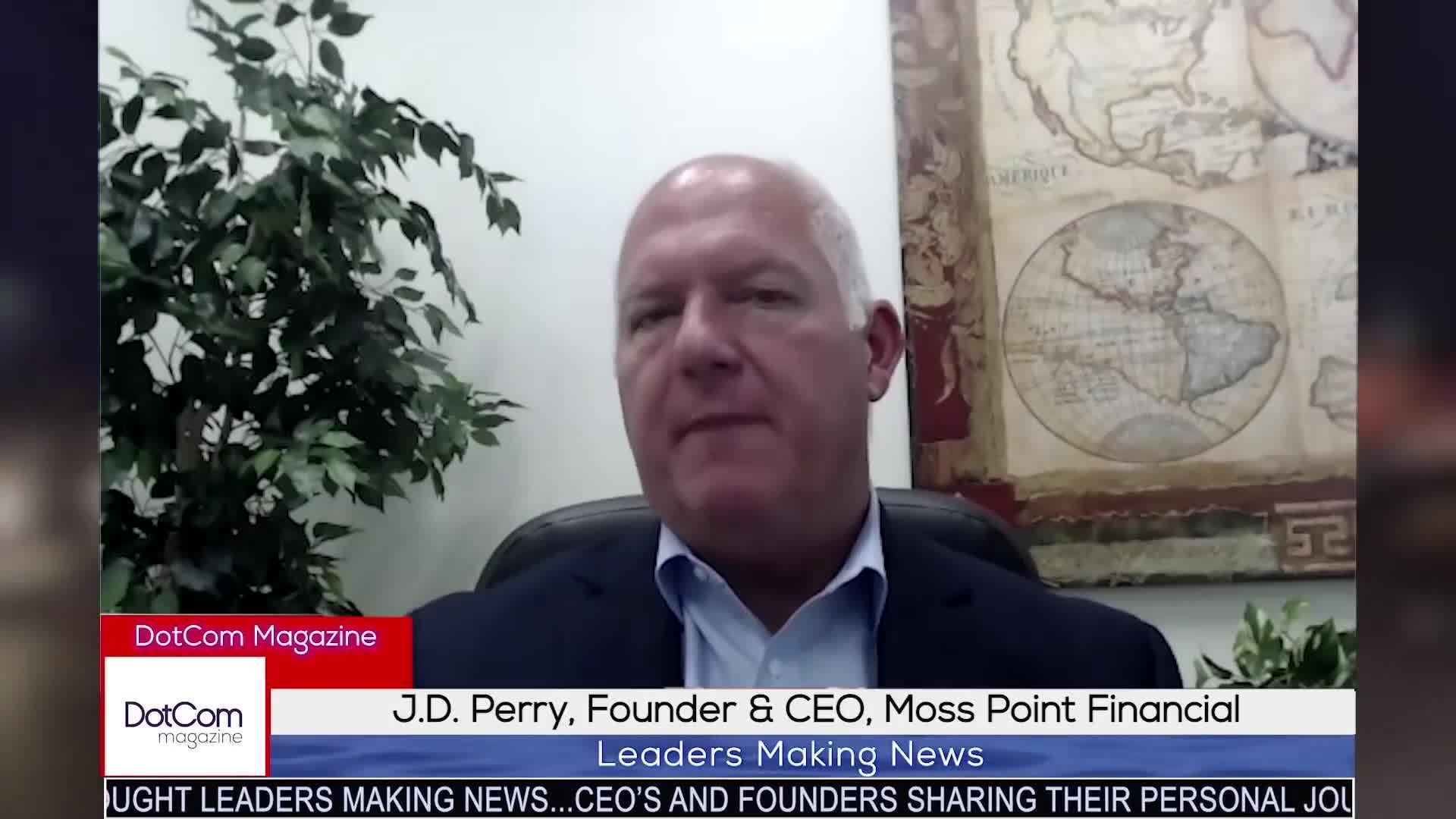 J D Perry, Founder & CEO, Moss Point Financial, A DotCom Magazine Exclusive Interview.
J. Douglas Perry, MBA, MA
J.D. Perry founded, and is the President and CEO of ViaCap Partners, the parent company of Moss Point Financial. In addition to running the day to day business of the company, J.D is actively involved in creating client portfolios. He leads the initial inventory review and selection of policies, and makes the final buy and settlement decisions for Moss Point portfolios. Prior to founding Moss Point, Mr. Perry was the President and CEO of JP Global Capital Management, which managed the Troika I Fund which was focused on trading currencies using quantitative approaches to portfolio management. Troika I fund won the fund of the year in Europe in 2015. At JPGCM Mr. Perry managed funds for banking institutions, large pension funds, large foundations and large family portfolios. Mr. Perry is considered an expert in portfolio management and has served in the role of expert witness as an authority to that end. Prior to launching JPGCM, Mr. Perry served in a variety of roles in larger trust institutions and served as Exec Vice President of Trust Division for First Commerce (now JPMorgan Chase), a $40 billion trust group located in Louisiana servicing the Southeast US. As part of this division, the trust group managed six mutual funds, the Marquis Funds, and a broker/dealer, Marquis Investments.

Mr. Perry graduated from Lamar University, Beaumont, Texas with a Bachelors Degree in Business Administration in Finance. He received a Masters of Business Administration (MBA) from the University of Houston in Clear Lake, Texas. Mr. Perry also has two other master’s degrees, and M.A. in Theology (Liberty University), and an M.A. in Ancient Languages (New Orleans Baptist Theological Seminary). Mr. Perry sits on the Executive Committee and is the Chairman of the Business and Investments Committee of Louisiana College and is on the board of Lifeway, a $500mm revenue retailer, where he is the Business and Finance Committee Chairman. Mr. Perry is married and has two children.