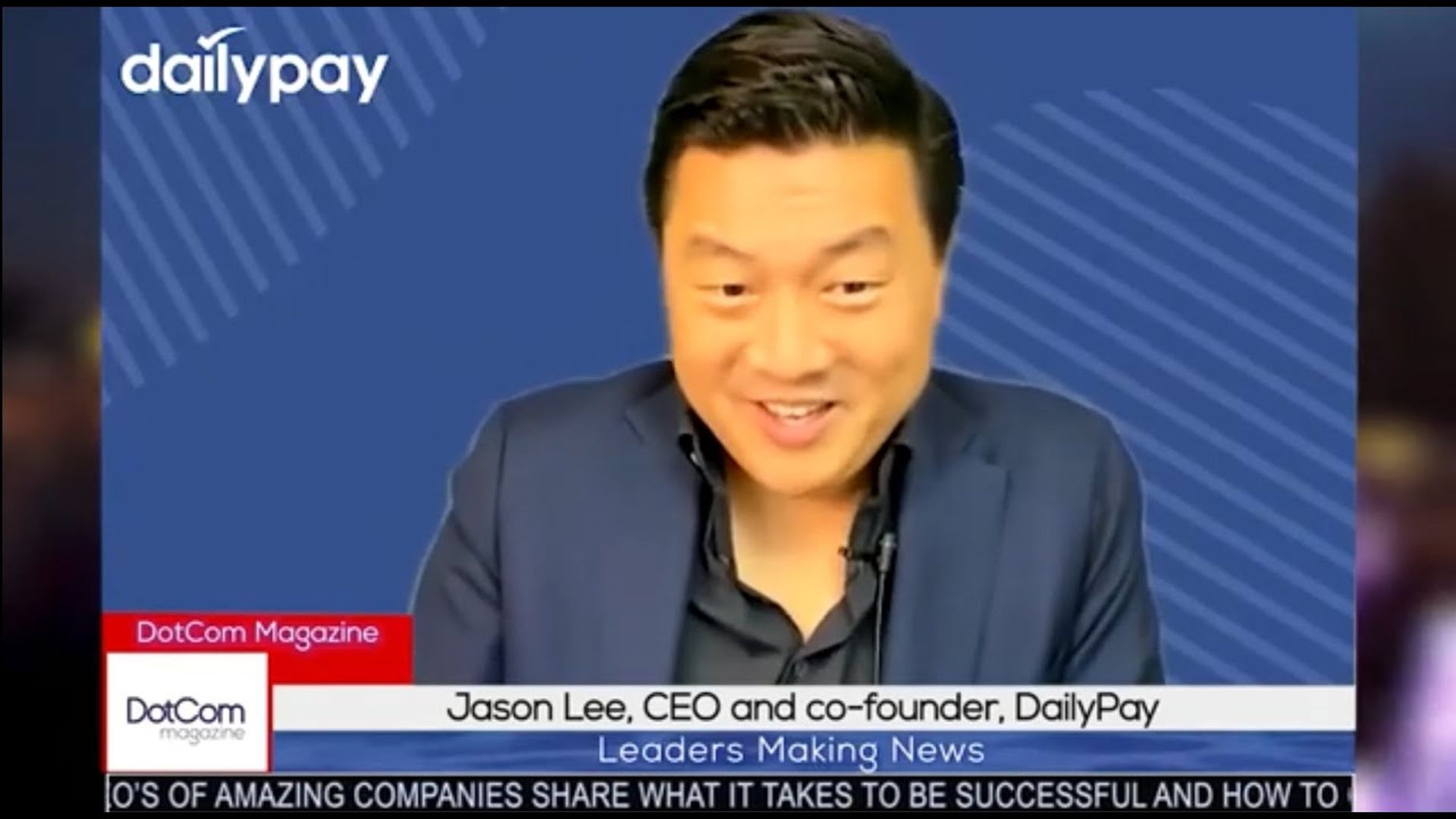 Jason Lee, CEO and co-founder , DailyPay. A DotCom Magazine Exclusive Interview. Jason Lee is the CEO and co-founder of DailyPay, a venture backed financial tech company that enables employees to access their earned income before payday. DailyPay partners with large enterprises to offer its technology solution to their workforces, which results in a meaningful reduction in turnover and related cost savings. An innovator with a mission, purpose and real results, Jason Lee is a well-known public speaker and author whose work has been featured in Forbes, CNBC, The Wall Street Journal, and Bloomberg. He has been recognized as one of the premier thought leaders in global finance by the International Financing Review and Milken Global Institute. He has also been named one of the Top 20 Digital Innovators in Benefits, by Employee Benefits News. DotCom Magazine is honored to have Jason Lee join us for our Entrepreneur Spotlight Series where Jason discusses not only DailyPay, but entrepreneurship and leadership as well.