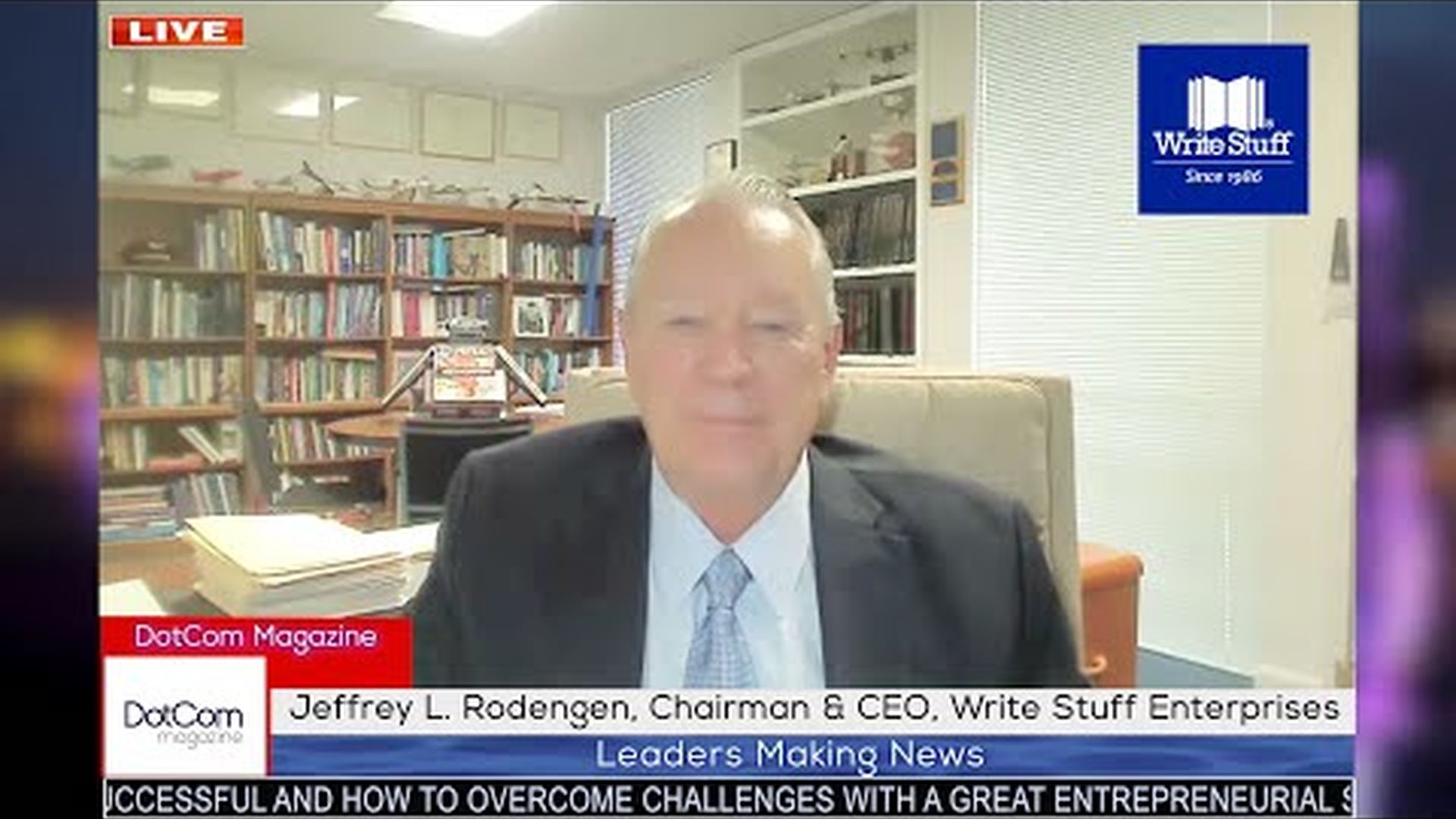 Jeff Rodengen was born in Minneapolis, Minnesota, and grew up in the “Land of 10,000 Lakes”, which accounts for an early interest in boating. Following a tenure as assistant director of the Naval and Underseas Museum in Newport, Rhode Island, Jeff moved to Southern California, beginning a remarkable 15-year career as a writer, producer, and director in Hollywood. Having written, produced, or directed more than 30 films, network television specials (six for Arnold Schwarzenegger), Las Vegas revues, and Broadway productions, Jeff moved to South Florida in the early 1980s to write about the evolution of American industry and technology.

Best-selling author Jeffrey L. Rodengen is Chairman and CEO of Write Stuff Enterprises, LLC, a publisher of corporate history and company anniversary books. He has been a producer, director, and nationally syndicated columnist. Today, he is best known for his unprecedented works on the evolution of American industry. Jeff was born in Minnesota and now lives in Florida.

Write Stuff is the leading publisher in the field of company history books focusing on industry and technology. Our mission is to bring to life the compelling stories behind the companies that have had an impact on the world around us. Through meticulous research, lively writing, and award-winning graphic design, we strive to provide the ultimate in corporate histories. As a team, we are dedicated to producing accurate company history books of interest, honesty, and lasting value.

Write Stuff was started to fill a need. At the time company founder Jeff Rodengen was a widely read syndicated columnist, there was no single authoritative source for accurate accounts of the leadership, industries, and organizations that shaped modern industry. Many of his then-future subjects had fascinating company histories, full of dynamic people and loyal fans. These companies, and the men and women who built them, had truly become corporate legends within their industries. The resulting company history books earned Jeff four Pulitzer Prize nominations. Showcasing the unique strategies and evolution of highly successful corporations has become the hallmark of Write Stuff. With privileged access to company archives and in-depth interviews with key company executives, Write Stuff is able to provide readers with unique insights into the strategies for success within the world of business.

We are located in sunny Fort Lauderdale, Florida, USA. We normally ship via UPS within 24 hours of receiving an order. International orders may take a bit longer, depending on your choice of shipment. You can always be assured that we will provide you with the books you need in a timely manner. Special requests are not a problem. From within the United States.