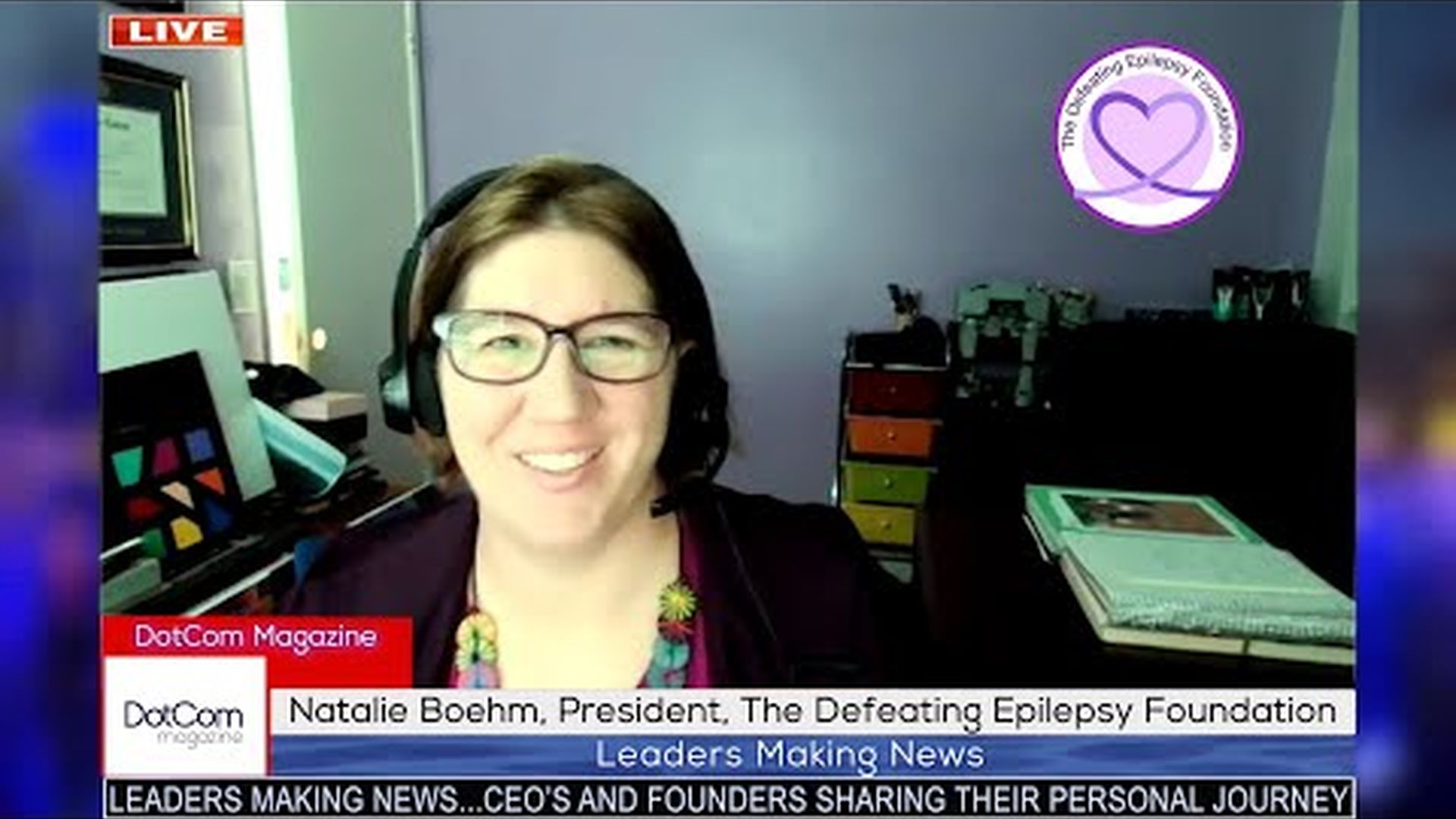 About Natalie Boehm and The Defeating Epilepsy Foundation:

I am an advocate for individuals and families who are battling epilepsy. I was diagnosed with epilepsy at the age of two due to a traumatic brain injury. For many years epilepsy had control of me, limiting me to what I could do with my life. After years of battling seizures and going through many combinations of treatment, I made up my mind that epilepsy was not going to control me. I would not allow the stigma that is associated with epilepsy to take over my life.

In 2004, after years of trying different medications I became seizure free. I have accomplished many things in life I was told would never be possible. I went to college and established a career. I married my best friend and we have two sons. I am able to drive and support myself. For years despite my success, I hid having epilepsy in fear of losing my job, losing access to care. It took years before I realized in order to make change for those with epilepsy, I had to be honest about my condition and show others despite having epilepsy, people can be successful and have a productive life.

In 2018 I decided to pursue my MBA and in 2019 started to create The Defeating Epilepsy Foundation. After graduating with my MBA in 2020, we launched and began our work. Our mission is to provide the advocacy and educational resources needed to the epilepsy community and our society. Over the years, many organizations have become less focused on the community and more on pharmaceuticals, research, and working towards a cure. While that is very important and necessary, many people with epilepsy are not receiving the care they need. The result has had a negative impact on the community.

Due to the lack of education about epilepsy, many people do not understand what epilepsy is or that it even exists. Because of this, people with epilepsy face a very negative stigma causing unnecessary discrimination. People face discrimination in education, employment, and even in healthcare. Because of this, we need to help create resources for people with epilepsy and their caregivers to help increase educational and economic opportunities, improve quality of life, and in many situations save a life.

The Defeating Epilepsy Foundation was founded by Natalie Boehm. Natalie was diagnosed with epilepsy at the age of two due to a traumatic brain injury. Despite developing epilepsy, Natalie went on to complete her education and find gainful employment. Natalie strongly feels that despite having epilepsy, there is no reason for her not to be productive and wants others with epilepsy to see that they can do the same. This is what she had to say:

I decided to create The Defeating Epilepsy Foundation when I realized that despite advances in research and treatment for epilepsy, the stigma remained. The stigma that is felt at a global level needs to be addressed and we need to do what we can to get rid of it. Through education and advocacy, it