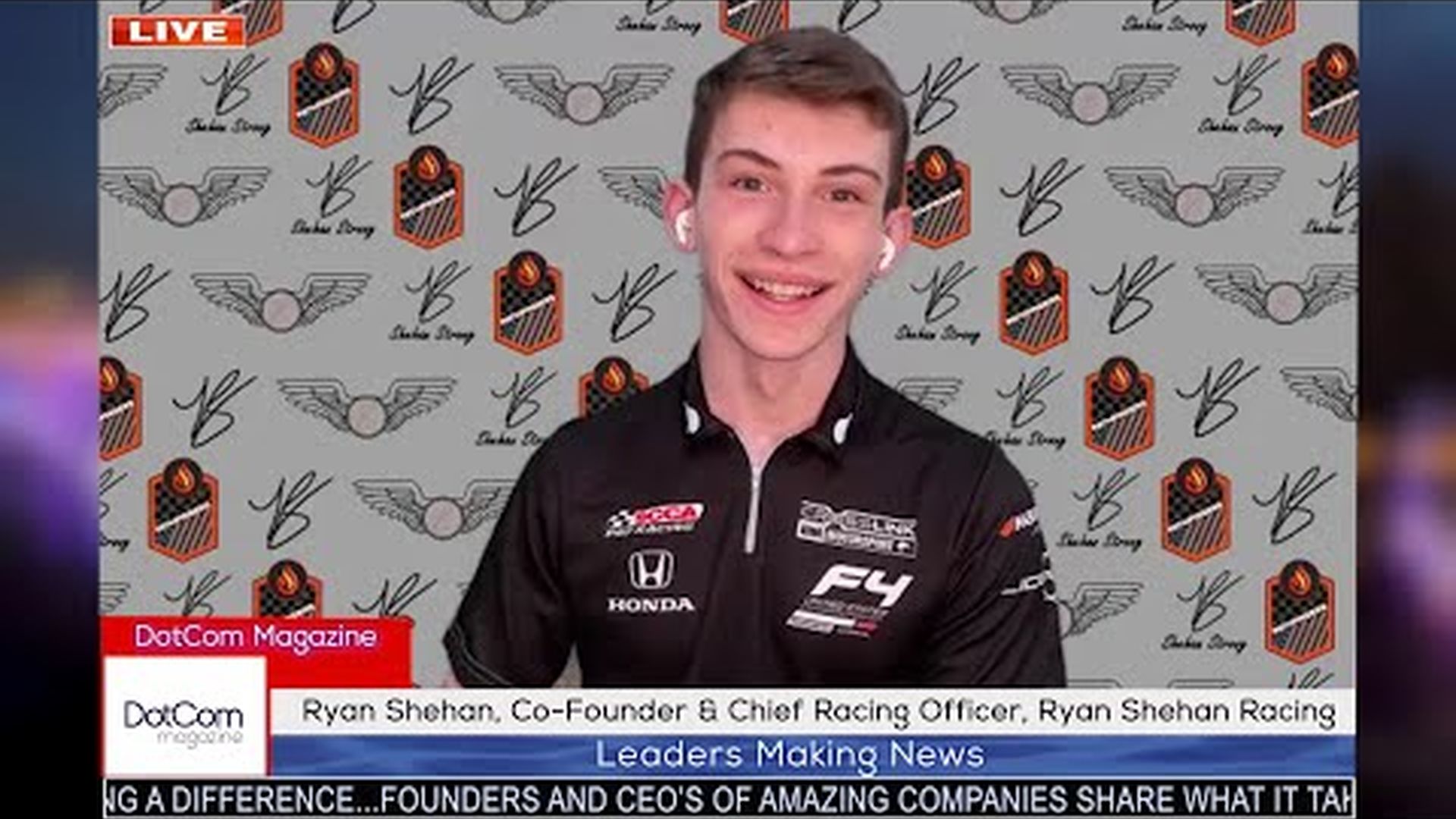 Crosslink Kiwi Motorsport sophomore Ryan Shehan scored his first F4 United States Championship Powered by Honda win this past weekend in the first race of a triple header at New Jersey Motorsports Park (NJMP). The young driver has been a breakout star this season claiming podium after podium and those following him have been waiting with bated breath for this moment.

Shehan’s first F4 career win comes from a penalty assessed to the winner of race one, moving Shehan into the top position on the results sheets. After crossing the line .038 seconds behind in second place, a post-race call by officials relegated the initial winner down to sixth, and Shehan to the top step of the podium.

“It feels really good. Getting that first win is a big deal and gives you a lot of momentum throughout the rest of the season,” explained Shehan, “It has been something that we have been fighting for all season long. With the first win now out of the way, I am hungrier for more and can hopefully close the gap in the points championship.”

With two races on the schedule for Sunday, Shehan couldn’t let his first win excitement get the better of him. His had to be laser focused as tough competition fought in his rearview mirrors. Starting sixth, Shehan battled to a third-place result in race two on Sunday morning and then added a second-place finish in race three for a triple podium weekend. Standing on all three steps of the podium over the course of three races, the young Texan proved nothing could rattle him and that he is a force to be reckoned with as the series has two event weekends remaining to determine a champion.

Motivated to a victory, two new partners joined Shehan on track this weekend via the Pathfinder Program. Members Michael and Stephanie Johnson and Marc and Kristen King were represented on each side of Shehan’s car by their names and a Pathfinder logo as they helped fund him to victory at New Jersey Motorsports Park.

Shehan added, “It was the first weekend for two of our new Pathfinders, and to represent them on the top step of the podium with a win, and three podium results in total in their first weekend is such an accomplishment. This weekend is proof that hard work both on and off the track does pay off!”

Ryan Shehan and Crosslink Kiwi Motorsports will be competing next at VIRginia International Raceway after a two-month break for the Andy Scriven Memorial at the Mission Foods VIR SpeedTour Thursday, October 6th through Sunday, October 9th in the second to last event of the F4 United States Championship Powered by Honda 2022 season.

Shehan (age 17) is an aspiring Formula One racer, growing business leader, and nonprofit founder making an impact on youth in the Austin community. His company, Ryan Shehan Racing, builds solutions that enable his partners and sponsors to leverage motorsports to uniquely and economically brand, promote, and build/maintain relationships in 360° with customers, employees, vendors, and other stakeholders. His nonprofit, Shehan Strong, allows him to support, engage, and inspire the next generation. He and his organizations are active members of the Greater Austin Chamber of Commerce and Austin Gives.

In 2014, at the age of nine, young Ryan Shehan started racing cadet karts at a track an hour from his home and within eighteen months he was racing in his first regional e