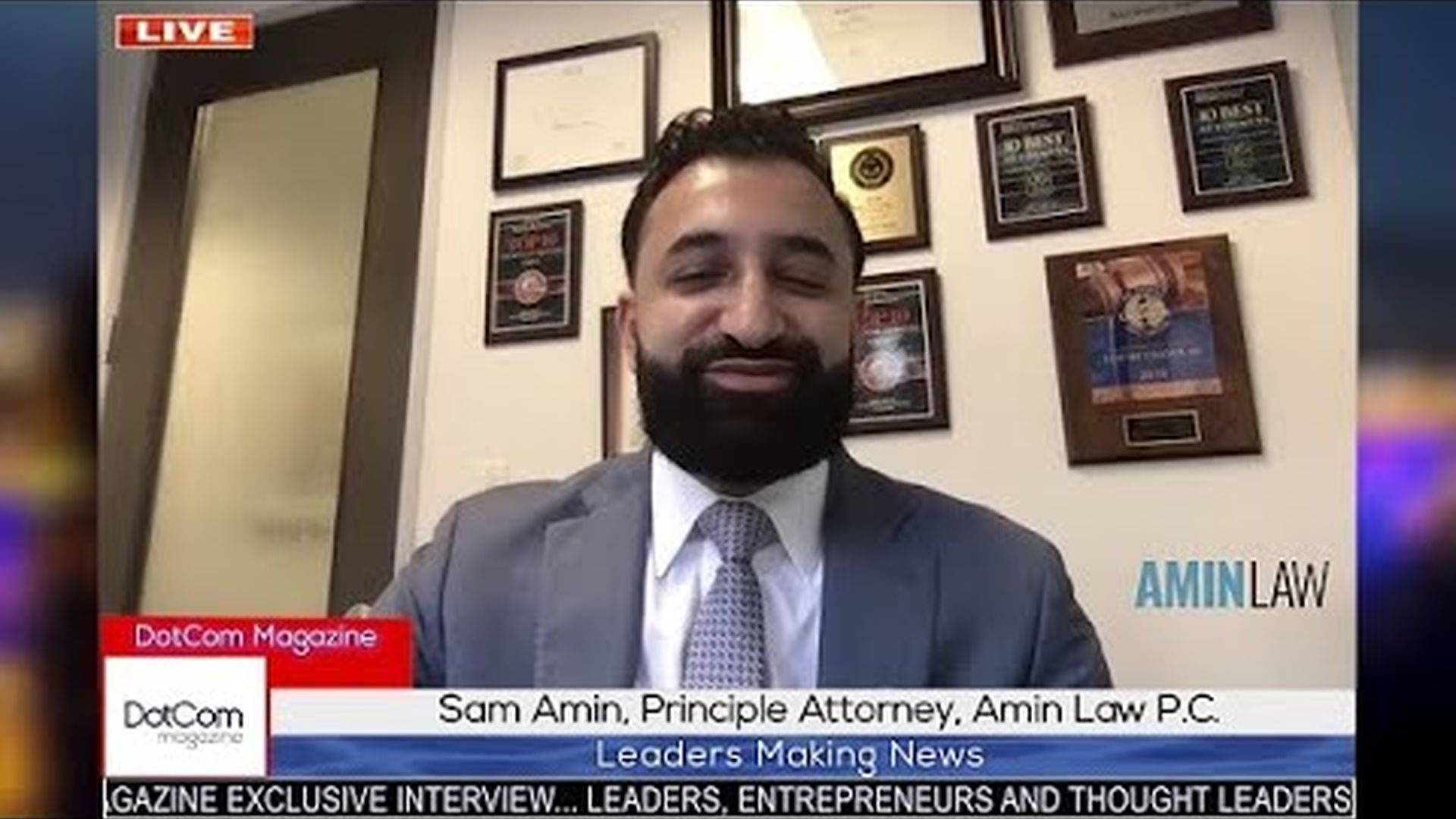 Sam Amin, Principal Attorney, Amin Law, A DotCom Magazine Exclusive Interview. Sam Amin has been a zealous advocate for his clients since he started his career at the Office Of the Public Defenders in Solano County. He continued as a Deputy Public Defender at the Marin Office Of The Public Defenders until he embarked on to private practice in 2012. During his tenure, Sam represented clients in both felony and misdemeanor matters.
Sam also represents clients in the area of divorce & family law. His practice is focused on resolution-driven, settlement-oriented outcomes that are generally faster and more cost-effective for everyone. This is especially important where kids are involved.The firm also provides quality legal representation in the area of debt collection, civil matters, including personal injury and various other transactional-related cases.Sam is admitted in The State Bar of California; he's also a Witkin Award Recipient for Academic Excellence. In 2016, Sam was recognized as top 10 out of 10 by the National Academy Of Lawyers.
http://aminlaw