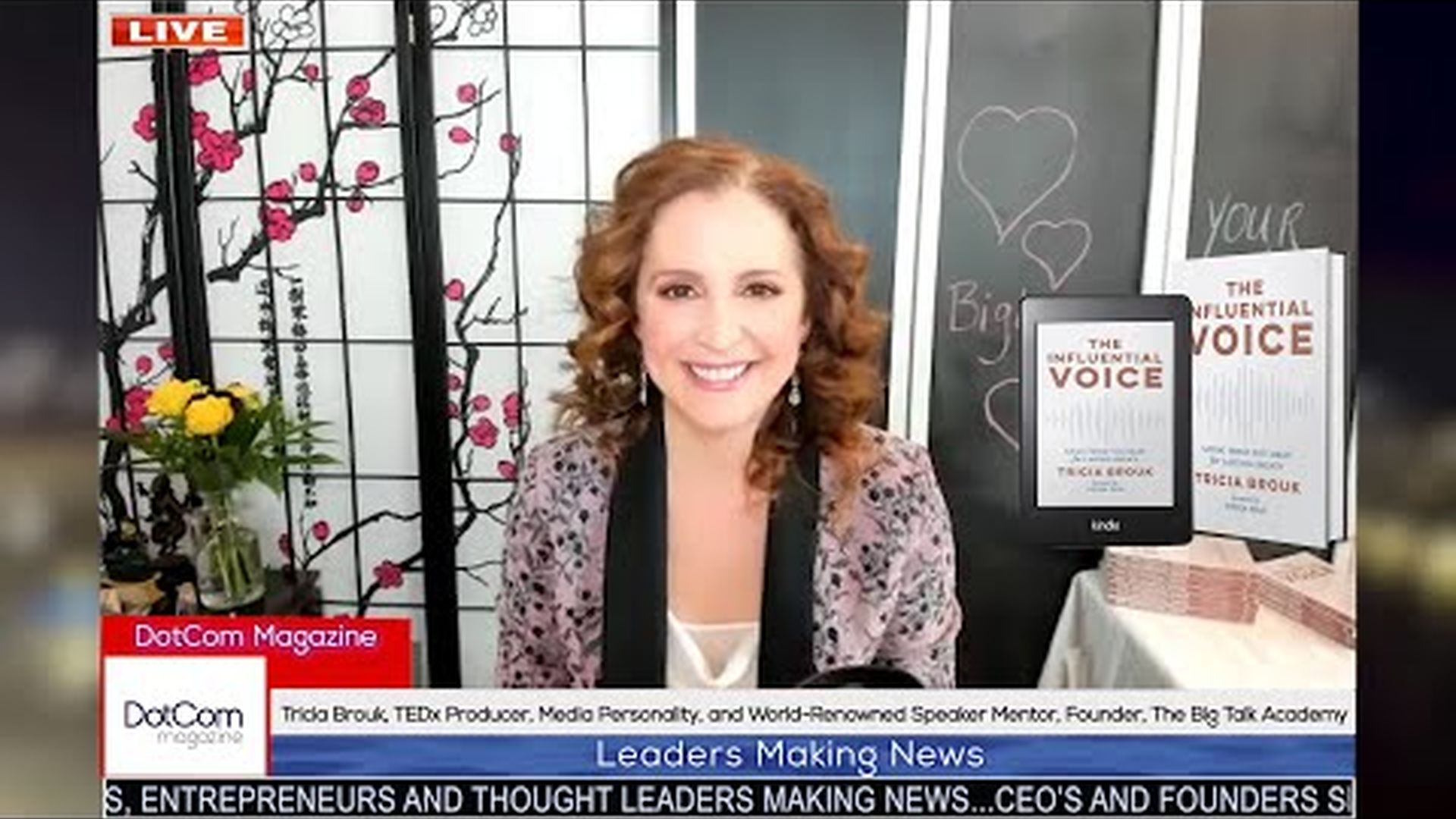 About Tricia Brouk and The Big Talk Academy:

In addition to my work in the entertainment industry, I apply decades of expertise in theater, tv and film, to the art of public speaking. I want to put people with important messages onto the big stage and the big screen. I'm the executive producer of Speakers Who Dare, and was executive producer of TEDxLincolnSquare. I choreographed the series Black Box on ABC, The Affair on Showtime, Rescue Me on Fox, and John Turturro’s Romance and Cigarettes, where I was awarded a Golden Thumb Award from Roger Ebert. The series I directed, Sublets, won Best Comedy at the Vancouver Web-Festival. My film, Right Livelihood A Journey To Here won Best Documentary Short of 2019 at The Olympus Film Festival in LA. And I was given the honor of being awarded Top Director of 2019 by The International Association of Top Professionals. The Big Talk Over Dinner is my newest series about people having mindful conversations about hard stuff, like politics, race, immigration, gender and leadership over dinner. I also hosts The Big Talk an award winning podcast on iTunes.

Curates her signature speaker program for executives, business owners, and leaders that will:

Shape your authentic story into a cohesive brand narrative that you will communicate wherever you go
Transform that story into a leadership message, keynote speech, and communication agenda to differentiate yourself as a leader and positive disruptor
Show you how to take your core message and integrate it in every interaction and across any platform
Define yourself to the world as THE leader of your industry

Tricia Brouk helps high-performing professionals transform into industry thought leaders through the power of authentic storytelling. Her methodology centers around transforming her client’s authentic stories into an industry-leading voice and commanding media presence to gain wider recognition to become the go-to experts in their fields. With her experience as a seasoned and award-winning director, producer, and mentor to countless speakers, Tricia has put more than 50 speakers onto TEDx stages in less than four years. She has spoken at Forbes, Pride Global, The New York Public Library, Barnes and Noble, Ellevate, The Jumbo African Support Hub and The National Organization for Rare Disorders.