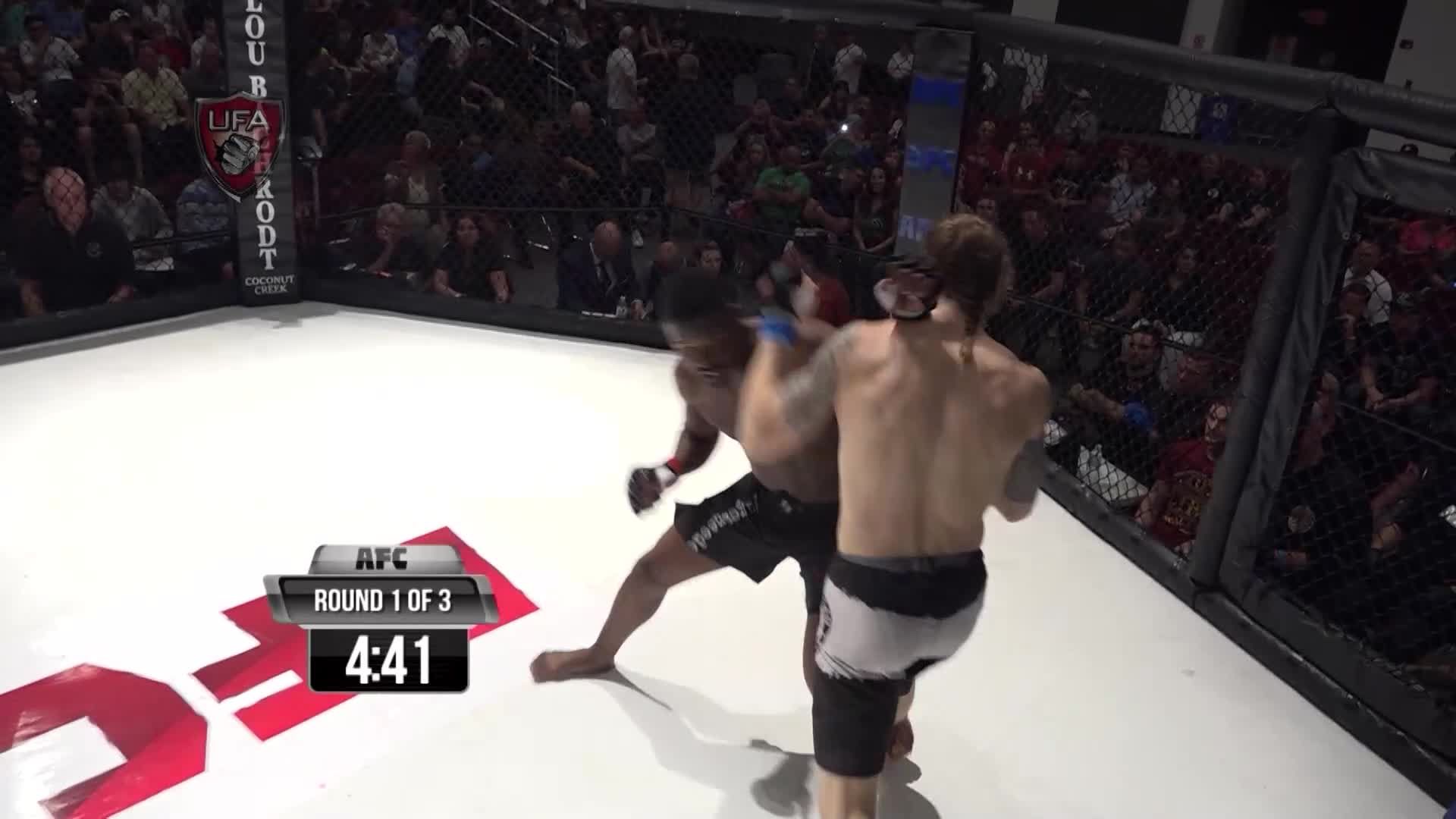 UFA brings you Absolute Fighting Championships 25 part 1 out of Coconut Creek Florida. In the Co-Main Event, UFC veteran Steve “The Creepy Weasel” Montgomery faces a very dangerous Bellator veteran Avery “The Irish Hurricane” McPhatter. The Main Event features two hot prospects, Billy Quarantillo from season 22 of TUF who is ranked the #1 lightweight in Virginia versus local favorite Michel “El Capo” Quinones who has knocked out his last two opponents in under a minute each in round one.