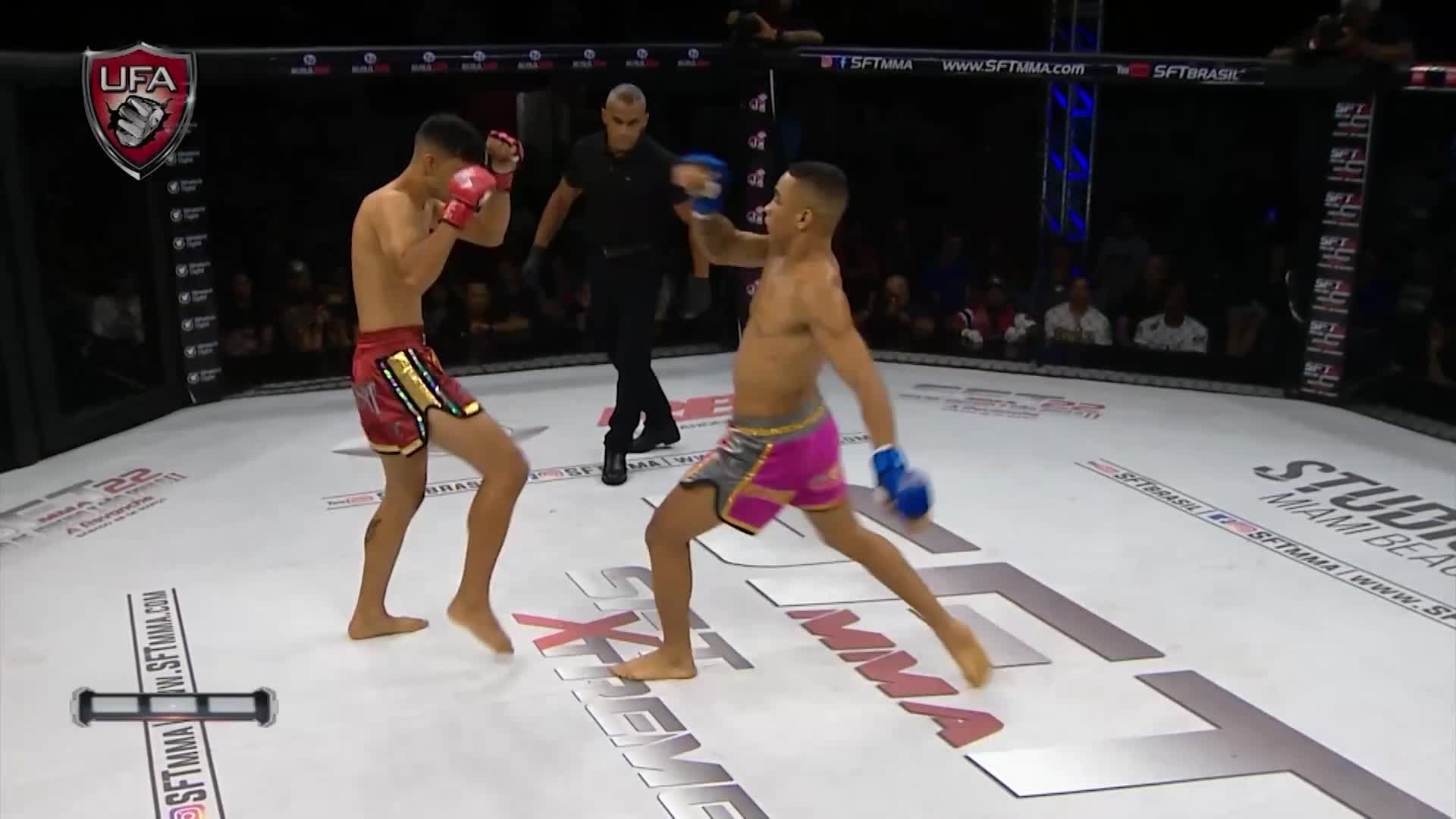 United Fight Alliance brings you SFT 21 part 2 from Brazil. In the main event, Elismar Carrasco, the #1 ranked featherweight in Brazil by Tapology, in a 5 fight winning streak faces Elismar Carrasco, who premiered at SFT 19 with an amazing victory after a 2 year hiatus do to an injury. Also on the card, two highly experienced fighters meet in the cage. Newton Fernandez, 16-4 a fighter who began his career in MMA and then migrated to kickboxing takes on Raphael Dengue, 33-3. In a fight under Xtreme MMA rules, will Fernandez' MMA experience give him an advantage to secure the win?