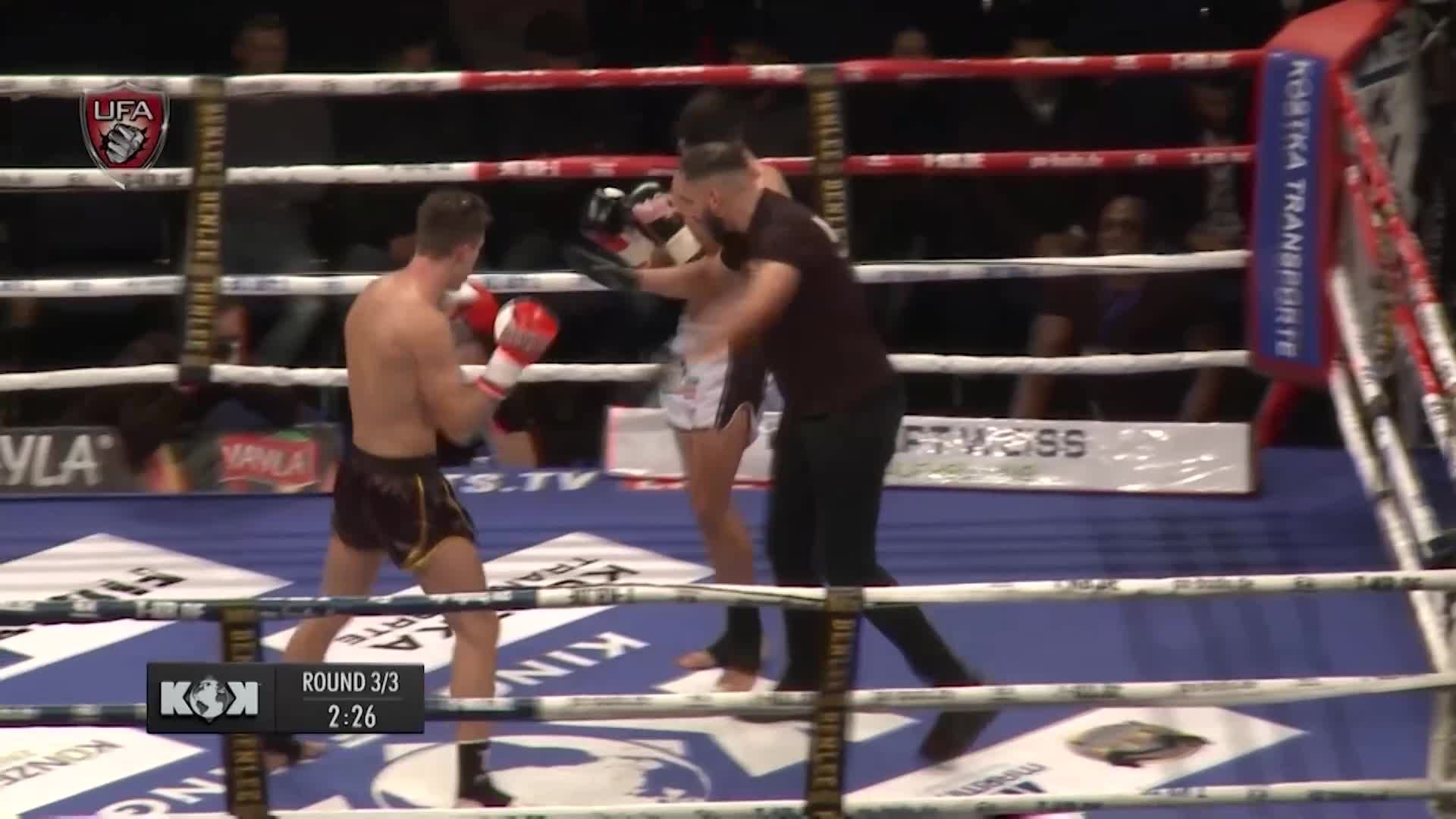 United Fight Alliance presents KOK 82 from Germany part 1. Watch as the KOK Welterweight Grand Prix unfolds as the first round of victorious fighters move on to the next round. Watch a fast-paced and all-out war between Dutch-trained fighters Ekrem Doruk and Jay Overmeer of Germany. Also on the card are Italy’s Mohamed Wade and Netherland’s Chico Kwasi.