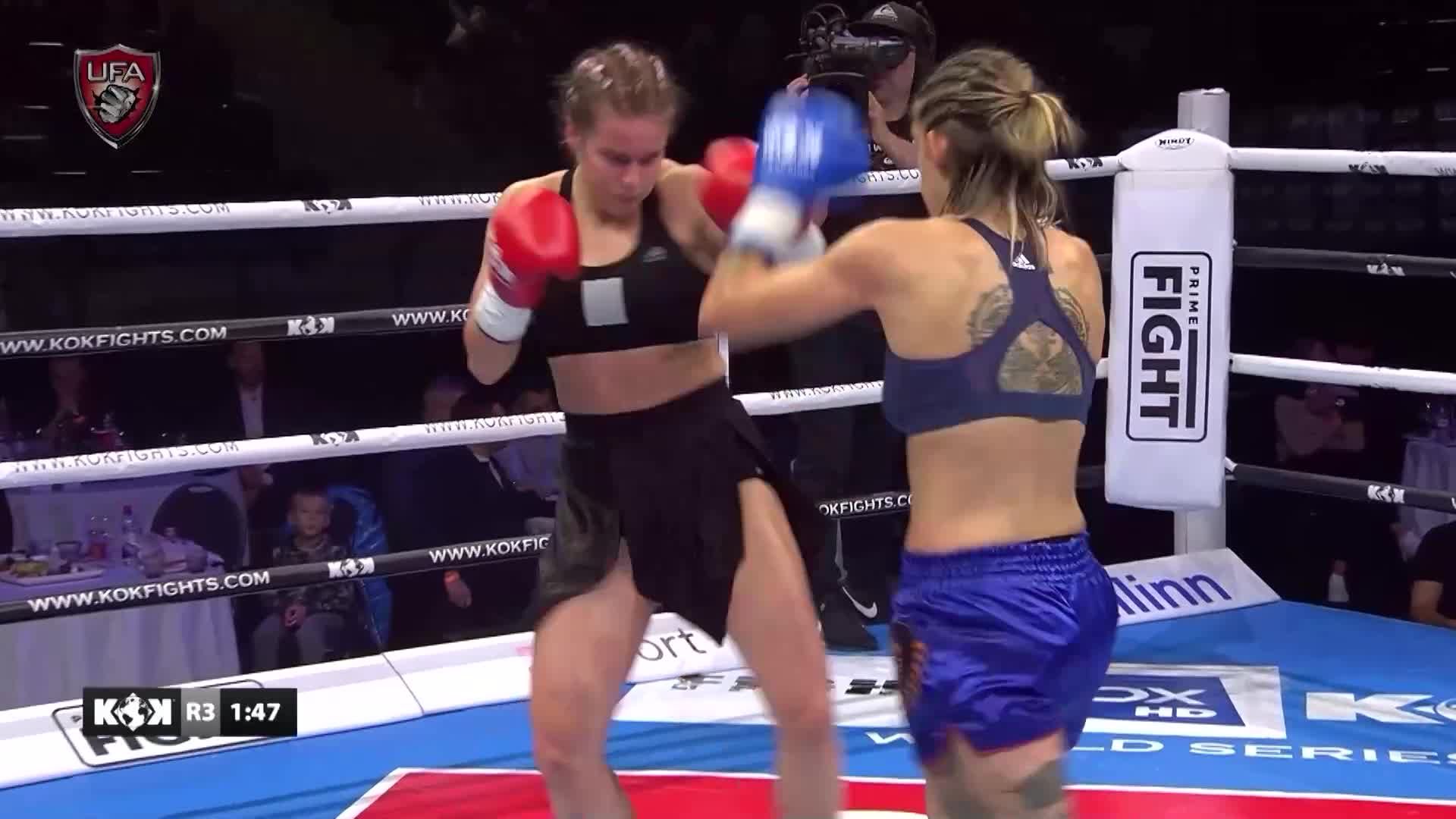 United Fight Alliance presents King of Kings 94 World Series from Tallinn, Estonia part 2. Watch as the first ever KOK women's bantamweight world championship title is on the line. In some intense all-female matchups each fighter is vying to move on to the finals for a chance at the title. In the semi-finals Estonians Sigrid Kapanen and Astrid Johanna Grents fight to move on and Italian Ludovica Ciarpaglini faces Polish Ilona Woijda to see who will move on to the Grand Prix final match and have a chance at the title.