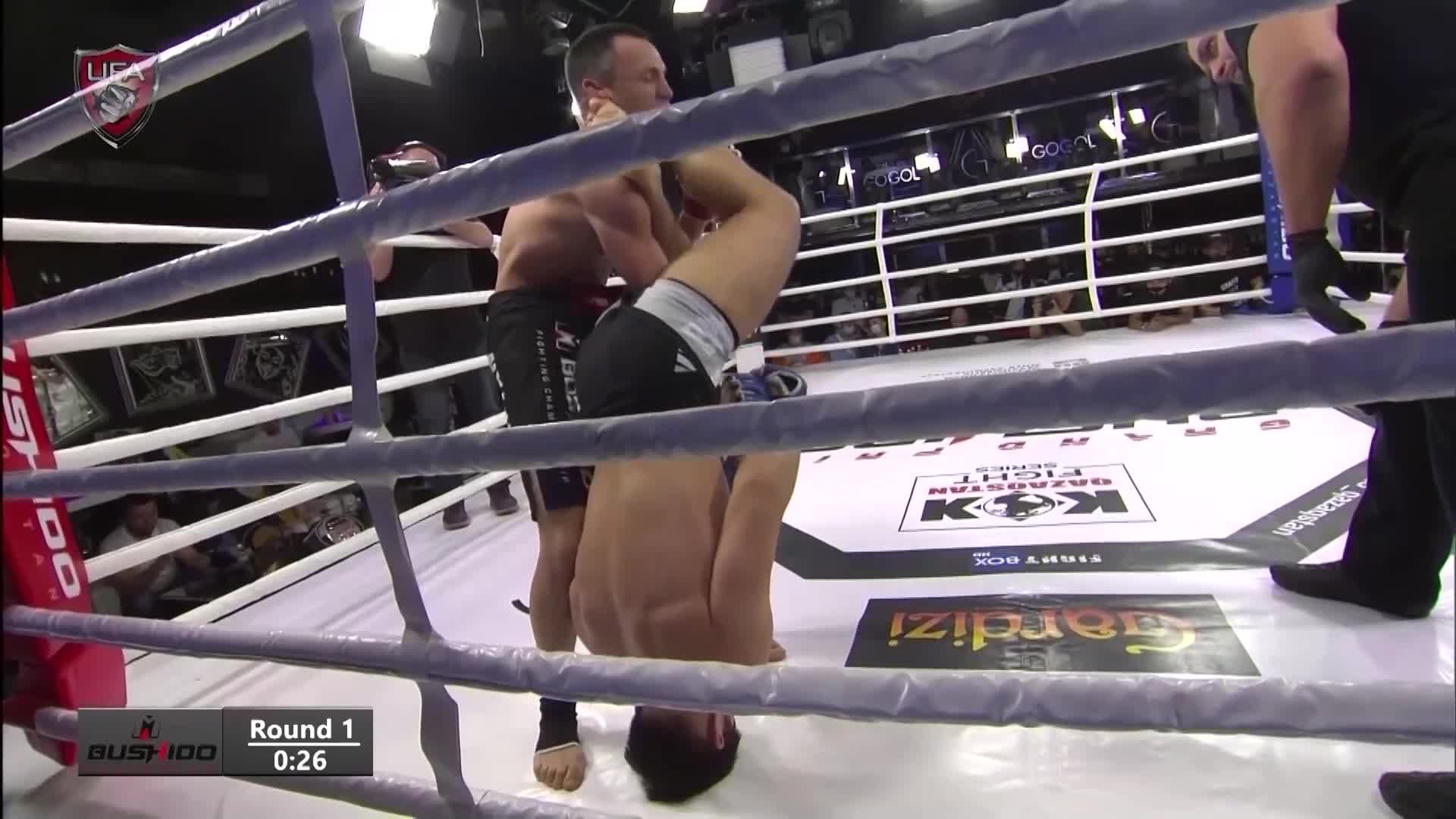 United Fight Alliance presents King Of Kings for a 16 man tournament from Kazakhstan, part 4. In this episode the semi-finalists in the 16 man flyweight tournament compete, each fighter vying to make it to the finals after two previous fights earlier in the night. Plus a K1 kickboxing matchup of Ukraine versus Kazakhstan between Oleksandr Yefimenko and Zhanibek Kanatbayev.