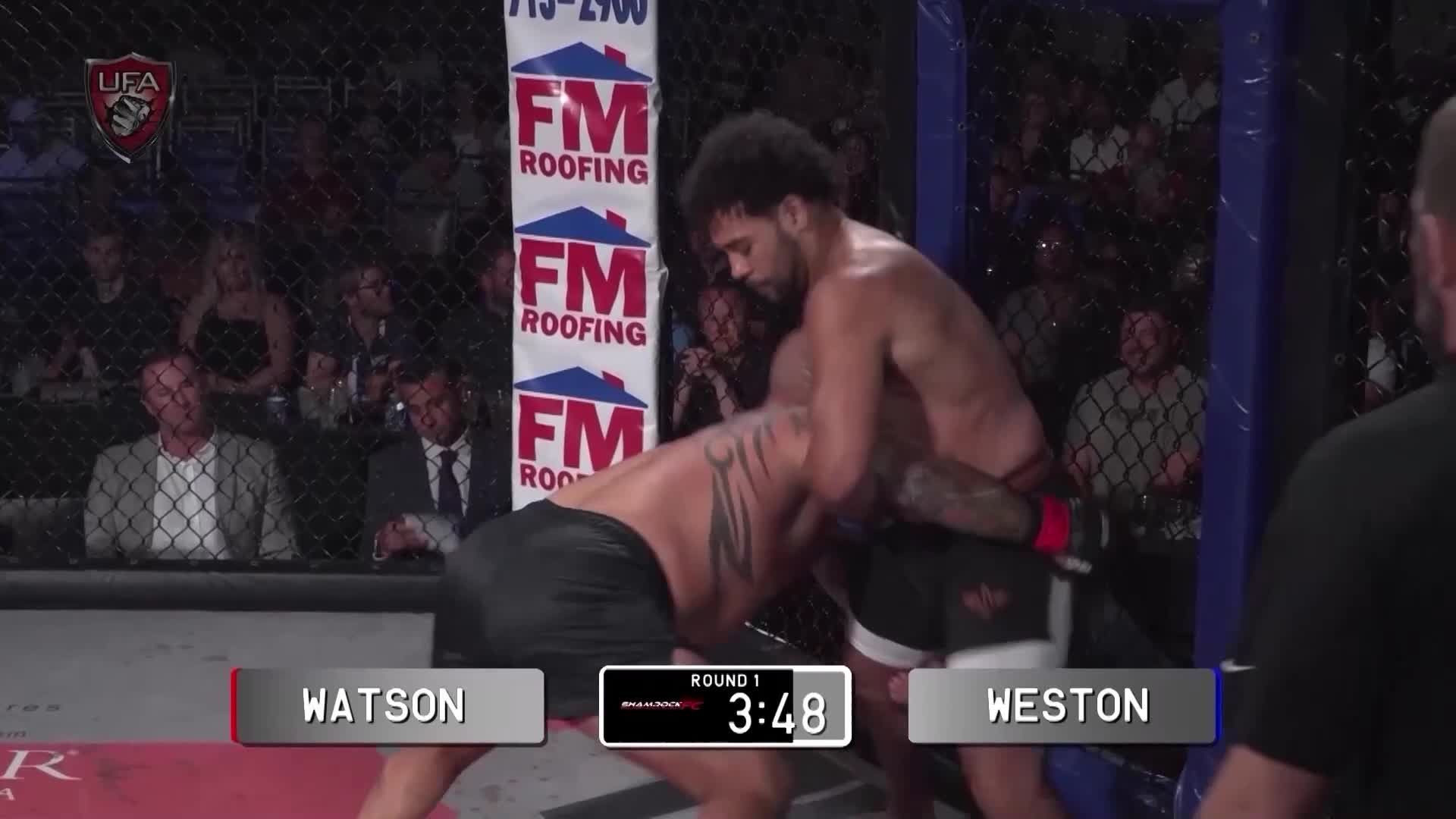 United Fight Alliance brings you Shamrock FC 339 from the Ameristar Casino in St. Charles. Watch as Jose Intriago faces Elam Luna-Antonio, Ian Zarvos takes on Aushton Midkiff in a kickboxing match and in the co-main event, BJJ Blackbelt Enrique Watson looks for the win against Josh Weston. In the main event, the Shamrock FC Featherweight title is up for grabs as striker Dustin Lampros takes on wrestler Brandon Ball.