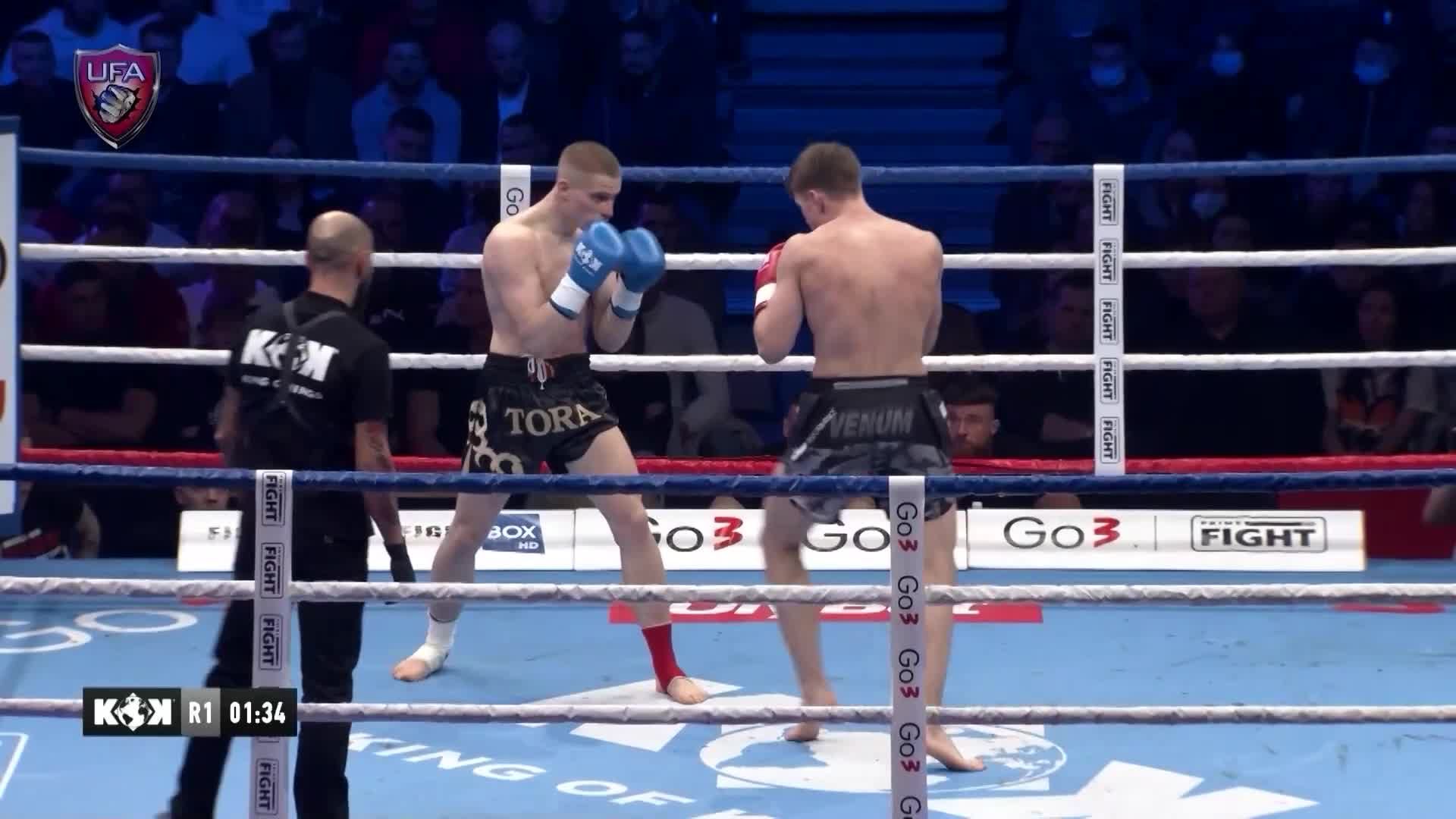 United Fight Alliance presents King of Kings from Vilnius Lithuania, part 2. In the Lightweight semi-finals, Teo Mikelic of Croatia faces Mindaugas Narauskas (the current champion) out of Lithuania and Hubert Dylewski (Poland) faces Ben Sabri (Belgium) to see who moves on to the finals. Also in this episode Lithuanian Gustaas Dimsa takes on fellow Lithuanian Osvaldas Fedorovic in a kickboxing bout.